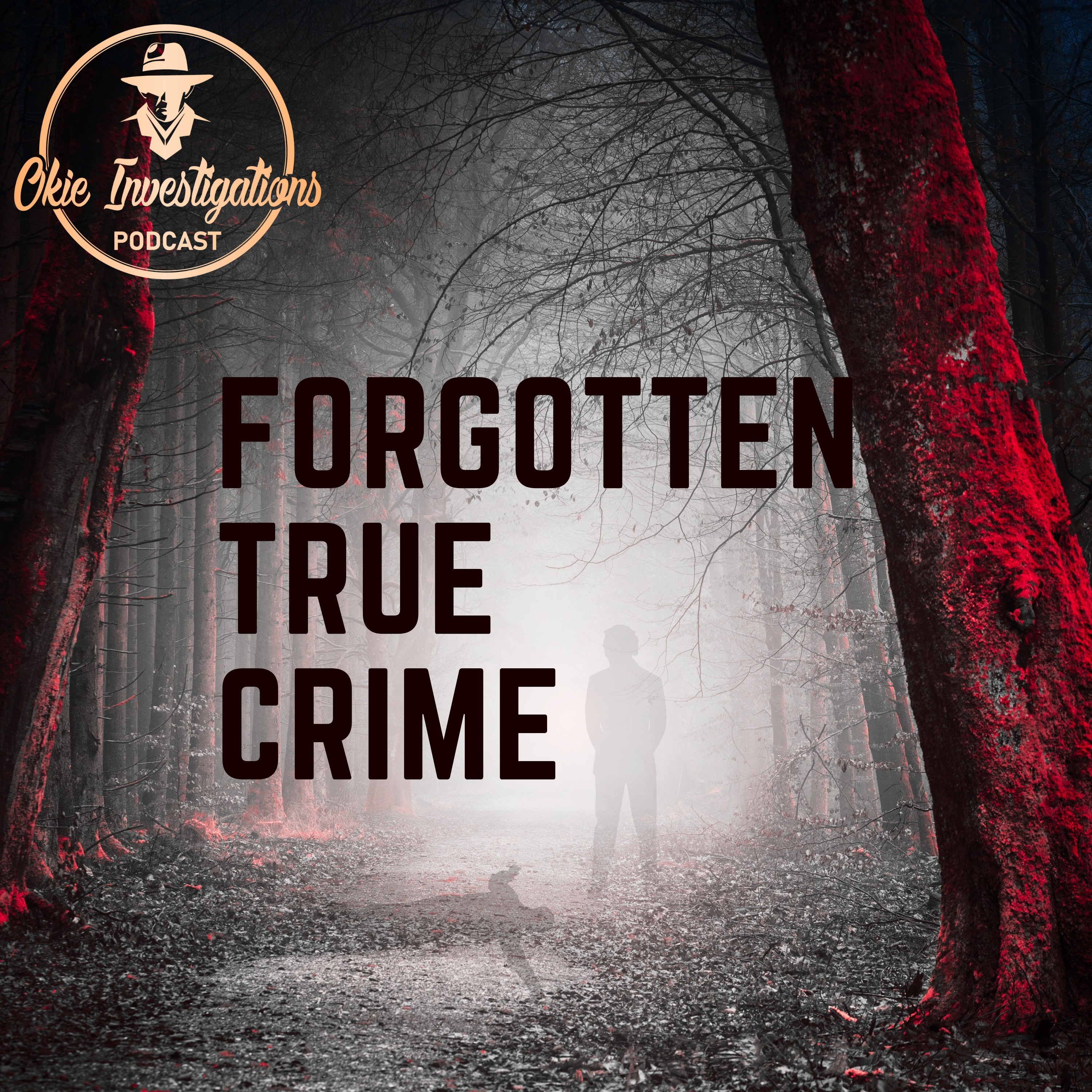 Join us on Forgotten True Crime as we uncover the shocking murder of 14-year-old Ben Coleman in 1921. This case shook the small town of Duncan, Oklahoma and left the community searching for answers. We delve into the events of that fateful night and the investigation that followed. From the gun battle at the train yard to the hunt for the mysterious "hijacker," we uncover the evidence and explore theories surrounding the case. Don't miss this gripping episode of Forgotten True Crime."Support this podcast at — https://redcircle.com/okie-investigations-a-true-crime-podcast/donationsAdvertising Inquiries: https://redcircle.com/brandsPrivacy & Opt-Out: https://redcircle.com/privacy

In this episode, we are telling the bizarre story of Ella Myers. One that does involve a bit of mystery and folklore. I want to personally thank the Pawnee Bill Ranch and Museum for filling in the many blanks in this story. After I found the original news articles on this story, they were void of much information. The Pawnee Bill Ranch and Museum were able to fill in those blanks for me. They did a live reading of this story on Facebook, and it was very well done. If you get the chance, check them out at http://www.pawneebillranch.org/ and their Facebook page at Facebook.com/pawneebillranch (all one word). They have many events coming up, including a Ghost Stories Candlelight tour in October. They also recreate the Original Pawnee Bill’s Wild West Show every year, which would be great to see. My wife and I plan on visiting the Museum very soon.

If you have heard this story before, I will warn you that you have not heard it this way. This is the story of Ella Myers and the Guthrie Ghost with Blood Red Hands.

This story takes place in Guthrie, Oklahoma. Ella Myers was 18 years old and described as a handsome blond, tall and stately. If you don’t know what stately means, she was dignified in manner and appearance. Ella was a sweet child, but as she grew into a woman, she quickly turned to a life of adventure. A few years before this story takes place, Ella was caught and convicted of consorting with outlaws. Since this crime happened on native American land, this was considered a federal crime. For months Ella was kept in a US Marshal Jail way station, designed to house outlaws on their way to a prison elsewhere. Ella refused to tell the Marshal’s anything about the Outlaws that she kept as friends, and after some time, they gave up trying to get information from her, and they let Ella go. Through her travels, Ella found her way to Guthrie.

In 1896 Ella had become known as a cyprian. Simply put, she was a prostitute. But, if you research the slang of the time of this story, you will also learn that a cyprian was a high-class prostitute. This fits together well with the description of her being a stately woman. On April 5th, 1896, Eighteen-year-old Ella Myers was found dead by James Whitman, who had slept in the bed right beside her. The night before, they reportedly smoked cocaine together, and James also had a vial of morphine, and he injected Ella with the drug three times. Once in the arm, thigh, and in the left side. Officers were notified, and the Coroner, Dr. Barker, was brought in. He pronounced Ella dead. Dr. Cotteral also examined Ella and thought the same.

According to what Dr. Barker told reporters, When he had examined Ella, she was severely decomposed. This part of the story makes no sense. This all happened on the same day, and Ella’s death just transpired hours before. The most they should be seeing are Rigor Mortis and Livor Mortis. Not actual docompisition.

Dr. Baker released the body after the first examination to the Undertaker. The Undertaker was told that the county would pay for the burial and bury Ella in a pauper’s grave. In other words, a cheap pine box. Not something that a dignified woman like Ella would be expected to be buried in.

The Undertaker took Ella right away to the outskirts of the cemetery. He was followed by a procession of girls who knew Ella well. She was buried that same evening.

Then news broke about Ella’s death and how quickly she was buried; others began to question what happened. James Whitman, The man with Ella on the night she died, had disappeared and was not seen since the burial. There was no investigation into what caused Ella’s death besides the minute examination done on the scene. Physicians in the area began to question if Ella was dead or alive when she was buried. Many asked that Ella’s grave be exhumed to know the truth, but Dr. Barker stated there was no need when he was pressed on this issue. She was dead, and he didn’t intend for her to be buried so quickly, but either way, it didn’t change the fact that she was no longer living. Exhuming the body at this point would only needlessly cost the county money.

This was probably not the way to dispel rumors because all this really managed to do was cause more to come out. The townspeople didn’t believe that Ella was dead on April 5th, and if no one would help her, it was probably because they wanted her dead.

Then on April 19th, the Guthrie Daily Leader ran this story.

“Last night at 12 o’clock, the doors of the house in which the girl is supposed to have died suddenly flew open, and a figure, clad in white, was seen at the windows. It is alleged that groans also issued from the hitherto licked house and that three times a plaintive wail went up. “Don’t give me any morphine. I am sick.” For over a week, supernatural manifestations in the house have aroused the neighborhood, and the shacks in the vicinity of the haunted dwelling have been vacated.

On Friday night, George Hardie thinking about the story of the ghost a supreme josh, called at the house. He found the front door locked. Going to the back door, it was found locked and bolted. Hardie returned to the front door and was preparing to return. Disgusted, to town, when a low plaintive wail assaulted his ears, and almost simultaneously, the front door slowly swung open. Although badly rattled, Hardie entered the house. In the room where the Myers girl died, he was struck four sharp raps on the head by an unseen hand, and at the same time, a light, resembling a calcium ray, flashed across the ceiling of the room, and within the ray appeared a blood-red hand clutching a bottle or phial.”

This article describes what these people went through when they thought that something horrible had happened to Ella. Many of her neighbors moved away. Others heard the moans and screams of what they believed to be Ella’s ghost. You see, they believed that not only was she alive when she was laid to rest, but she had woke up in her grave and died trying to crawl out. If she were upside down in her grave, her ghost could never rest.

It was noted in the same article that Kickapoo Charley had also visited the house and was badly frightened and that he fainted after seeing the ghost.

Ex-police Judge McCord believed that even if Ella were dead when buried, they chucked her into the coffin upside down. Others spoke out on the belief that they would find credible evidence that Ella was alive and awake in her grave if exhumed.

On another night, six men entered Ella’s home, and when the apparition appeared, they were too frightened to act. A Day later, another group, this time containing policemen, went into the home. When they saw the apparition, they tried to grab it but could not hold on to anything. They all saw a woman with blood-red hands.

All of these ghostly sightings in Guthrie became a national news joke. They attributed Ella’s death to suicide and that the people of Guthrie were drinking a little too much. But this was not a joke for the locals. They believed that they all had a real problem on their hands.

On April 20th, 1896, Ella’s brother H. M. Myers arrived in Guthrie from Colorado. He received the State Capital paper, and when he read the unfortunate fate of Ella Myers, he wondered if it were his sister. He had not seen her in the last four years and had no clue about her adventurous life. The last time he had seen her, she was a sweet young girl.

On April 22nd, 1896, Ella’s grave was dug up, and they removed the casket from the earth. When it was opened, Ella and in a proper position, and there were no signs that she was alive in the coffin. But another rumor cropped up on the same day. It was suggested that unknown men went into the graveyard the night before and dug up the grave in secret. They repositioned Ella’s body, which was upside down, and they removed or replaced any sign of scratches in the coffin. This rumor came so quickly that many believed it to be true.

Ella’s brother never reportedly bought into the story of Ella’s ghost. But that might be because he never saw it. When he removed Ella from the paupers grave and relocated her to the Mulhall Cemetery, her ghost was not seen again. Perhaps, a dignified woman like Ella refused to be treated like trash and decided to haunt everyone until they corrected their mistakes. Real or not, Ella’s ghost story will never be forgotten.

I hope you all enjoyed this story. If you did, make sure you subscribe. So when we have new episodes, you will be the first to know. I will see you all next time. See ya!